The Procurement Fraud Handbook issued by the US General Services Administration (GSA) has a general definition of fraud (emphasis below is mine):

Generally, fraud is defined as a knowing misrepresentation of the truth or concealment of a material fact to induce another to act to his or her detriment, a misrepresentation made recklessly without belief in its truth to induce another person to act, and unconscionable dealing.  A common law act of fraud must contain the following elements:  false representation or concealment of a material fact, knowledge of a statement’s falsity, intent to deceive, reliance by the deceived party, and damage to the deceived party.  The civil False Claims Act modifies this definition to include reckless disregard. 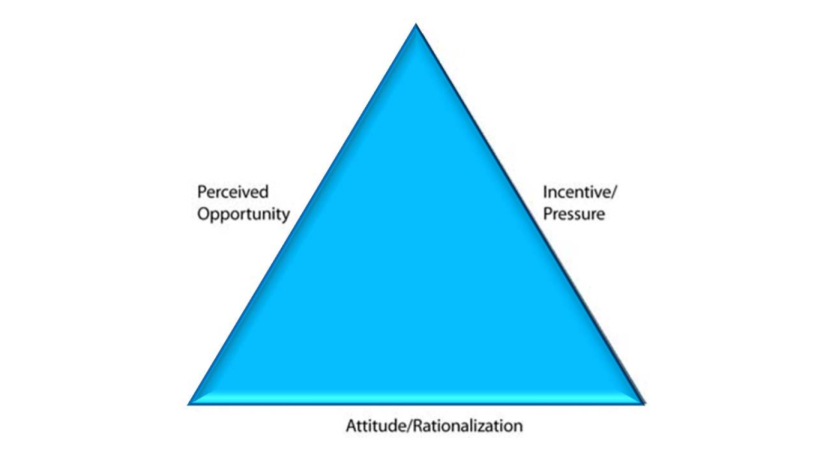 According to the Handbook, the above Fraud Triangle was developed by Donald Cressey, a leading expert on the sociology of crime.

I was especially interested in the “Attitude/Rationalization” factor, because the GSA’s Office of the Inspector General states that in an audit,

“rationalization is the element that auditors are least likely to determine… Individuals who commit organizational fraud may have different motives from those who commit fraud for their own individual benefit…  A more subtle motivation relates to increased self-esteem or co-worker/supervisor praise or envy.”

I find that when reading about fraud in procurement, examples usually used are of a contractor’s risk for committing the fraud.  Unfortunately, sometimes the fraud is committed in collusion with government officials.  In my opinion, the latter is the most pernicious type of fraud.